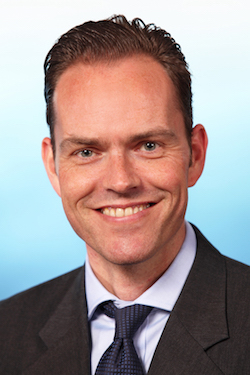 Udo van der Linden has been in investment banking for over 16 years, and has been involved in capital markets transactions with a volume in excess of EUR 40 billion euro. In 2011 Udo joined Bishopsfield Capital Partners after 2 successful years as an entrepreneur buying, restructuring and refocusing a German bank. After he brought in private equity and a new management team, Udo returned to investment banking at Bishopsfield Capital Partners.

From 2003 to 2009, Udo worked for ABN AMRO in London and was first responsible for securitisation in Northern Europe, then for FIG DCM Benelux. During this time, Udo was actively involved in several landmark transactions, including the biggest European securitisation of the time and the first ever Continental European structured covered bond. Consequently the bank was awarded with several industry awards such as securitisation deal of the year and covered bond house of the year.

From 2006, for ABN AMRO, Udo was responsible for buying, structuring and distribution of European portfolios of consumer assets and mortgages and equity investments in non-banking financial institutions.