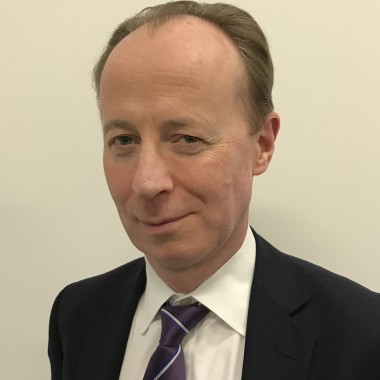 Alick Mackay has been a financial services professional for over 25 years, and is experienced in strategy, COO and consulting roles. He has broad knowledge across banking, asset management and insurance.

Alick recently rejoined Bishopsfield Capital Partners after completing his second spell at Royal Bank of Scotland (RBS) in November 2015. He joined RBS in 2012, where he was Head of Strategy for Corporate & Institutional Banking, and led the development of a radical restructuring strategy for the investment bank, exiting 25 countries and reducing capital by c.70%.

Prior to that, he worked for Bishopsfield Capital Partners in 2010 supporting a major Dutch bank in setting up its Debt Solutions business, and operated as a freelance consultant over 2011.

From 2002 to 2009, Alick worked in strategy, COO and transformation roles in ABN AMRO and then RBS. He led comprehensive reviews of the strategy of ABN AMRO’s Wholesale Clients division and played a major role in restructuring the division. He then became COO of the global Structured Finance business and steered it through post-merger integration following the acquisition by RBS. At RBS, he took on a similar COO position, before leaving in late 2009.

Earlier, from 1994 to 2001, Alick worked at McKinsey as a management consultant serving a wide range of financial services companies, covering insurance, asset management and banking. Prior to that, he was a technology consultant for seven years, specialising in the unit trust and share registration businesses.