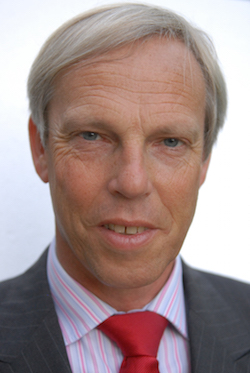 Aart Houwink combines a rigorous, analytical approach with a palpable sense of creativity that he developed during his distinguished career in investment banking. He has been affiliated with Bishopsfield Capital Partners since 2012.

In 2002 he became Global Head Technology Clients and in 2006 he took the position of CFO/COO of the Global Clients Business Unit of ABN AMRO. Here he provided financial and operational leadership to the bank’s global client business, covering over 60 countries with revenues in excess of EUR 3 billion. After ABN AMRO’s Global Clients business was acquired by RBS in 2007, he became Chief Administrative Officer Western Europe for RBS’s Global Banking & Markets division. Since 2010, Aart has acted as financial adviser on a number of assignments in the banking, sustainable energy, real estate and IT sectors.

He is a member of the Advisory Board Alternative Funds of PGGM, the prominent Dutch pension fund with over EUR 140 billion assets under management. Aart is also non-executive independent director of both Kazpost, the provider of postal and banking services in the Republic of Kazakhstan Kazakhstan, and Samruk-Kazyna real estate fund, owned by the sovereign wealth fund of Kazakhstan.

Aart holds an MBA degree from Groningen University, The Netherlands.